Death metal has had an identity crisis as of late. Having such a litany of sub-genres and styles to pull from, many bands have become an amalgam of their peers. While those bands attempt to find their sound in a sea of drop tunings and technicality, Tormentor Tyrant have rooted themselves squarely in the same sound that gave us classic death metal bands. Their debut, self-titled EP will be released on Everlasting Spew Records on 28 January 2022. 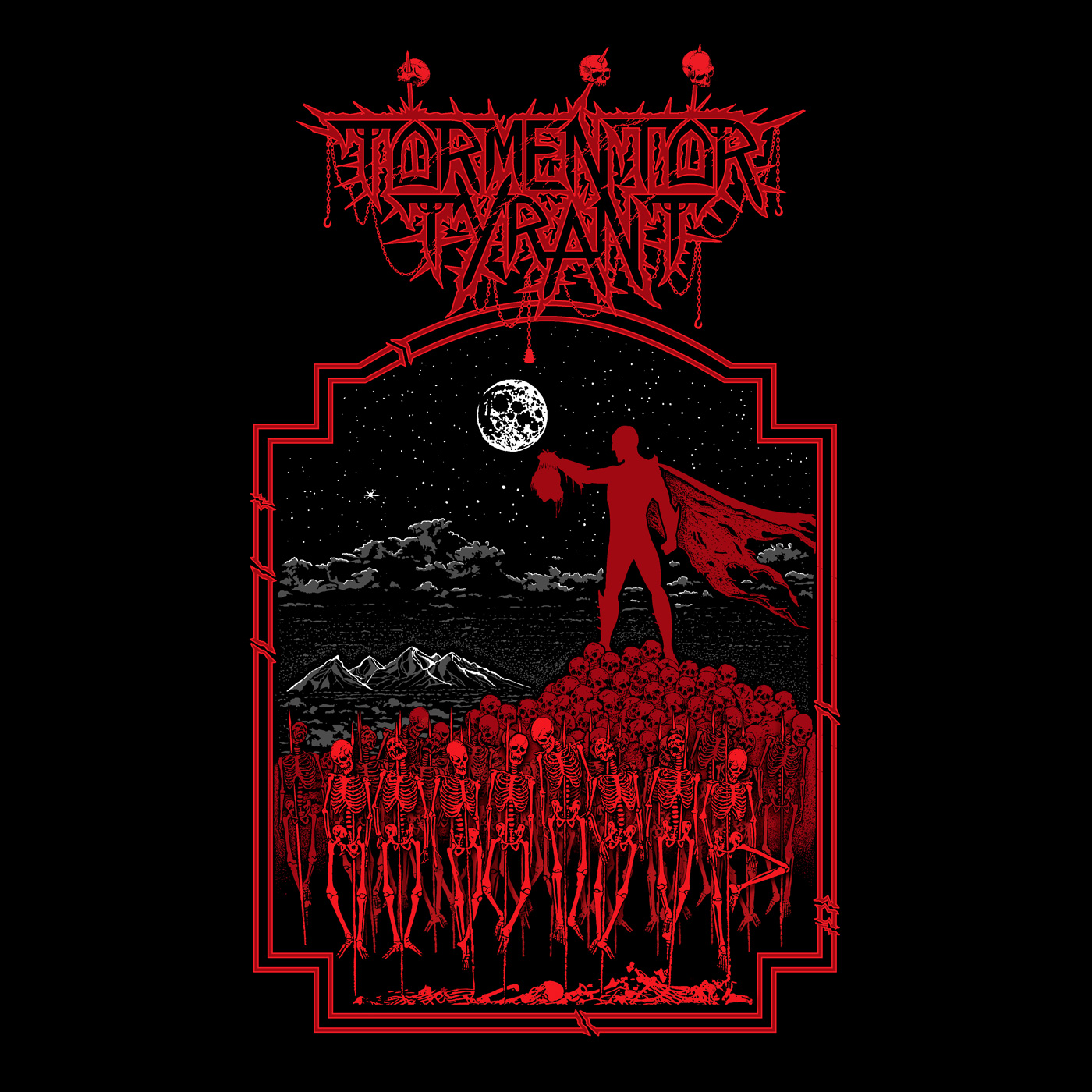 This record starts off strong: the first vocal lines are barked and the speed kicks off immediately. Tormentor Tyrant seems right at home in this mid-to-high tempo feel, moving from gang shouts over d-beats to tremolo picking and blasts for a good portion of the five songs. The vocal duty is shared by guitarist “S. Envenom” and bassist “M. Malignant”, who trade between lower growls and higher fried vocals. In this writer’s opinion, the vocal performances are one of the strongest parts on this record.

Musically, Tormentor Tyrant sticks to a familiar realm. The listener is presented with tremolo-picked riffs and ride-based blast beats, (the aforementioned) d-beats with some big chugging sections, and most of the tropes of OSDM that we’ve come to expect. What comes as a surprise with this record is how well it’s all composed. These songs are not just riff salad; they’re all put together to build tension and break into a release, whether that’s a short-yet-ripping guitar solo or a furious return to an earlier riff.

Tormentor Tyrant are coming out swinging with the release of this EP. They’ve written five songs that are all meant to invoke a circle pit, with very little fat attached. This release doesn’t break any new ground, but it walks in familiar territory with a new step.